Are you a Compulsive Overeater? 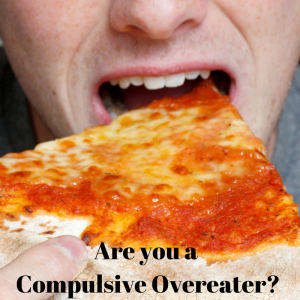 You may know someone—or that someone might be staring back at you in the mirror—who yo-yo diets, engages in compulsive overeating, is constantly makes poor food choices, and/or is in a never-ending cycle of weight gain and loss. A closet full of clothes of many different sizes is a sad but true testament to their lifestyle.

Are you a Compulsive Overeater?

A compulsive overeater knows he or she is overweight. Remarks from concerned friends, such as, “Let’s exercise together so you can lose weight” or “Why don’t you just go on a diet” are emotionally devastating. A compulsive overeater has many faces: those that make self-deprecating jokes about themselves, “I feel like a beached whale,” others that accept they can’t maintain a “normal” weight and continue to overeat, those that become reclusive, refusing to attend any events that they don’t absolutely have to or becoming workaholics that use their work as an excuse for not having a personal life, “Can’t go, have to work.” Still others will put on the face of denial, never acknowledging there is a problem, “The cleaners keep shrinking my clothes!” and then there are those who will try every new fad diet, supplement, or exercise program to no avail, hiding their compulsive overeating behavior.

Compulsive overeaters often hide behind their appearance, barricading themselves against society. They feel guilty for not being “good enough” and shame for being overweight. They use eating to cope with these feelings, often turning to episodes of binging and eating to forget the pain. Often, after such an episode, they become focused on getting the weight off at whatever cost—sacrificing good nutrition and eating habit—which can lead to a multitude of health problems. Compulsive overeating is a vicious cycle that is often repeated over and over again. They may or may not have a true concept of what normal eating habits are.

One such person was Lauren Grant, the founder of The Hungry Heart. She first became aware of her issues with food when she was in high school. She spent many nights watching television and overeating which led to weight gain. She tried many diets and would lose weight but when she eventually and inevitably “cheated,” she would feel guilty and turn to food, thinking it would provide the comfort she desired, ultimately gaining more weight. Eventually she would start dieting again and the vicious cycle of compulsive overeating would be set in motion again.

Feeling trapped, Lauren started going to therapy, learned as much as she could about compulsive overeating, and joined various support groups. Unfortunately her problems with food remained throughout college. Initially she thought her overeating was due to the stress of finals but soon realized it had to do with a stressful family situation; but even though she intellectually understood the underlying reasons for her eating behavior she still needed the food to deal with her emotions.

What changed for Lauren? She finally acknowledged the root of her problem and took stock of her life—honestly dealing with her issues with food for the first time in her life. She realized that she had to stop blaming her childhood for her overeating and be responsible for her own happiness.

Having overcome her own battle with food, Lauren set out to create a program that would help others break free of their issues with food, naturally and permanently. Thus, in 1996, The Hungry Heart was established. Lauren chose the name because as she says, “Compulsive Overeaters don’t really eat because food tastes so good, but because we’re emotionally hungry. People overeat for many reasons such as stress, boredom, and loneliness. To them, food is comfort or a reward. But the two most common threads that run through our issues with food are not feeling good about ourselves and not taking care of ourselves.”

Lauren and her team of Certified Nutritional Counselors and Clinical Hypnotherapists have all overcome their own issues with food—yo-yo dieting, food obsessions, starving, binging, excessive exercise—that drained their energy, stole their time, and destroyed their quality of life. They understand what it takes to permanently change your relationship with food once and for all.

The Hungry Heart’s systematic 8-session program teaches clients how to stop the diet/binge cycle and lose weight naturally and permanently—addressing the core issues that have led to this behavior. Clients enjoy favorite foods without guilt or weight gain. The program is results-driven and includes behavior modification, hypnotherapy, and nutritional counseling.

Are you a compulsive overeater? Take our quiz to find out! Click here.

Did you enjoy this post? Do you relate? Get our free training now to stop emotional overeating once and for all. We’ve helped over 10,000 people reach their healthy weight. Will you be next?
Click Here to Start Your Free Training

More from my site 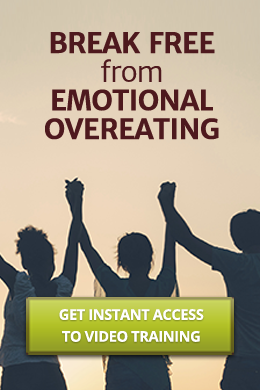 View Posts on Other Topics